The founder and president of Mediterranean College, Professor Sophocles Xinis, has played a leading role and taken significant initiatives to promote our country as an International Education Hub.

This Conference, which took place in October 1995 at the historic land of Delphi, was the first organised effort to promote the issue. It aimed to put emphasis on the necessity of our country’s evolution to an International Cultural Centre as well as to provide a forum for exchange of views and propositions on the matter. This ambitious plan was embraced by prominent personalities from the academic, cultural, political and business life of the country who participated as delegates.

In his presentation titled “Open the borders of Greece in Education” Professor Sophocles Xinis made a realistic proposal, fully in line with the spirit of the European Union. This proposal, inseparable from the conference’s theme, was one of its most important components. “It is true”, Mr. Sophocles Xinis said, “that developed nations dominate others through culture and education, by attracting thousands of young people from other countries for studies. After completing their studies, these people become culture ambassadors for these countries. In contrast, Greece every year ‘exports’ a large number of students to study programmes in foreign universities, often of questionable quality. As a result, thousands of Greek young people ultimately become goodwill ambassadors of the culture of the countries where they have studied. This costs to our country hugely in economic terms and in the lost opportunity to create ambassadors who will promote our national agenda worldwide. Therefore, this is an issue of high NATIONAL IMPORTANCE, and the need for the Government to introduce legislation for granting residence permits to all international (non-EU) who wish to study in our country is imperative.”

Between 1992 and 2001, Professor Xinis still leads the initiative for “Opening the Borders of Greece in Education” in order for Greece to pass the necessary legislation that allows international (non EU) students to study in our country. Through continuous lobbying efforts and after having submitted multiple memoranda to the Greek authorities, media representatives and generally to decision-makers, our efforts were vindicated! In 2001, the Law 2910/2001 was passed and the process for granting student visas to foreigners for study purposes in Greek Universities and Colleges was finally regulated.

As a result, in 2002 the first large group of Chinese students arrives at Mediterranean College. Since then, many international students have graduated from Greek colleges and other education institutions, having experienced our culture and our language and becoming our country’s best ambassadors. 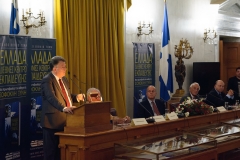 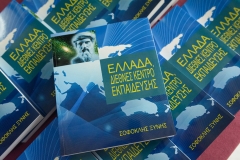 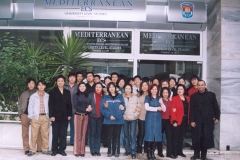 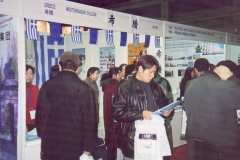 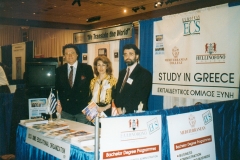 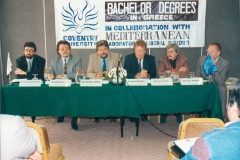 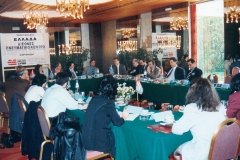 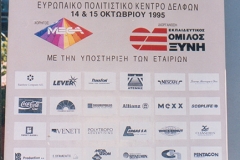 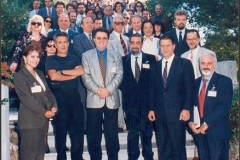 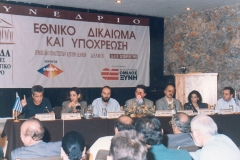 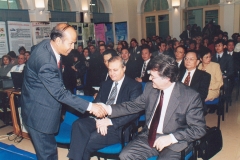