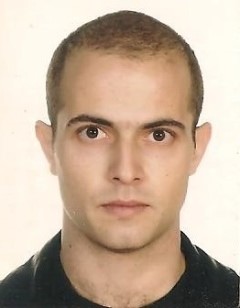 Konstantinos Adam graduated from the Physics department of the School of Exact Sciences of the Aristotle University of Thessaloniki (A.U.Th.). He received his Research M.Sc. in Theoretical Physics from Utrecht University, in the Netherlands, where he worked in the applications of quantum field theory in cold dense matter. He is active in private higher education, teaching Physics and Mathematics to students in College as well as to students of various schools of Exact Sciences and various departments of the Polytechnic School. 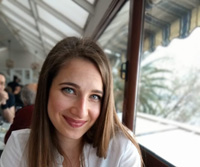 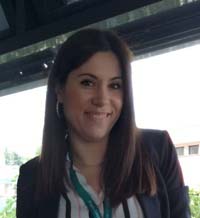 As a graduate from the School of Computer Science and Telecommunications in the University of Athens, he was awarded a scholarship to complete his Masters Degree in Communication Systems and Signal Processing, in the University of Bristol (with distinction). He worked for three years as a telecommunications engineer and researcher for wireless networks, at ProVision Communications. The context of research involved the enhancement of wireless network technologies regarding video applications, the enhancement of antennas and other technical issues. Role responsibilities also involved the mentoring of postgraduate students for their dissertations in collaboration with the University of Bristol. He holds a patent (shared with Prof. Andrew Nix) titled “Antenna Assembly for a Wireless Communication Device” (WO2012004602), published on 12th January 2012. He has also been awarded a runner up position at NMI (National Microelectronics Institute of UK) as Young Engineer of the Year 2009. Back to Greece, he has been working for the last three years as a software engineer at SeaSoft – Shipping Application, for shipping applications. His interest has also focused on education, teaching students on programming, computer science and telecommunications.

Programme Leader of School of Computing, Mathematician with MSc in Informatics and Management 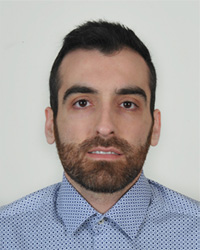 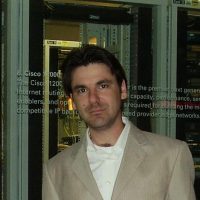 Qualified Electrical Engineer of the National Technical University of Athens (NTUA) and DEA of the Paris 6 University. He worked for SAGEM as telecommunications R&D engineer. With his return in Greece he has been involved in the design and support of nationwide information systems. At the same time he is an active instructor, with specialization in Data Networking and Telecommunications. He has worked in the design and implementation of Cisco-based networking infrastructure and he is also a Certified Cisco Academy Instructor. 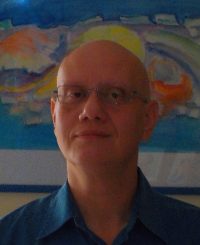 Thanasis Goudosis has a degree on Mathematics from the University of the Aegean (1998), Master In Science in Information Security from the Information Security Group, Royal Holloway and Bedford new College, UNIVERSITY OF LONDON, Egham, London (United Kingdom) (1999) and since 2015 he is a Candidate PhD student of Piraeus University, School of Information Technology and Communications, Department of Digital Systems. He has worked in the private sector as Information Security Consultant and various IT positions in public sector. He has participated in a number of European projects and has publications in conferences and journals. Areas of particular research interest are the public key encryption and the information security in basic infrastructures. 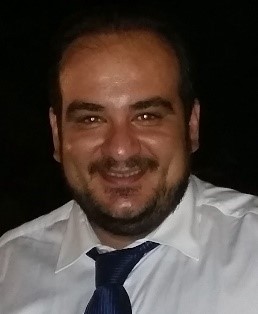 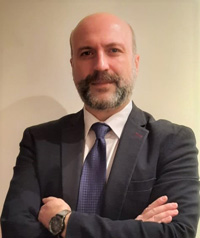 Mr. Konstantinos Katsifis is an analytically minded Information Technology tutor and Data Scientist supporting Decision Making procedures. He consults, writes, speaks and teaches about BI (Business Intelligence), IT (information technology), and Advanced Algorithms. He has been working with companies to model data, visualize and deliver critical information and make informed business decisions. Mr Katsifis is an expert at translating data into easily understandable analysis and insights that in turn can drive high impact business decisions. Prior to his role as an Analyst he has a very strong background in Statistics & Data Analysis, Data Mining and because of his continuous learning style, holds an excellent level of software knowledge. Mr Katsifis studied at the Department of Physics at the University of Patras with postgraduate studies in Physics (Computational & Theoretical High Energy Physics) at the National Technical University of Athens. He is currently PhD candidate at University of West Attica, Biomedical Engineering Department. His main research activities lie in the field of Decision Support Systems, Pattern Recognition. 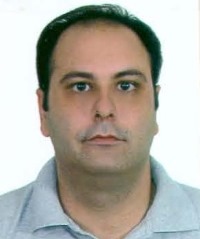 Dr. Christos Katsigiannis was born in Halkida, Evoia in 1981. After the completion of primary and secondary education, he studied at the University of Patras, Computer Engineering and Informatics Department, gaining his diploma in 2004. Afterwards, he continued as a PhD candidate at the National Technical University of Athens, School of Electrical and Computer Engineering, being announced Doctor in 2010. While pursuing his Doctorate, he cooperated with the Research Institutions of NTUA (Institute of Communication and Computer Systems), being technical manager and software engineer in several EU funded research projects. Concurrently, he served as a teaching assistant for the modules of the director of the Intelligent Communications and Broadband Networks Laboratory. Now, he is working as a software and network engineer in the private sector, focusing on the design and implementation of high availability systems. 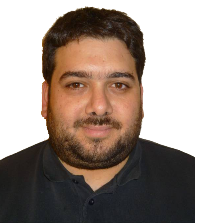 Ioannis Masmanidis has a Bachelor in “Information Technology Engineer” from Α.Τ.Ε.Ι. of Thessaloniki and a Master’s Degree in Computer Systems from University of Macedonia. He also attended an ERASMUS Programme for 2 academic seasons at Swedish Polytechnic of Vaasa, Finland. He works as an IT Supporter/ System Administrator for 15 years and has worked with big companies. He is a Certified Autodesk Technician and has worked with large foreign firms both as a partner and Certified Technician.  As a tutor he is certified from ASPETE (School of PEdagogical and Technological Education), furthermore, he holds a Certification of Educational Adequacy Adult Trainers from EOPPEP (National Organisation for the Certification of Qualifications and Vocational Guidance) and the “Computer Trainer Professional” Certification. Research interests: ΙοΤ, social media marketing, databases 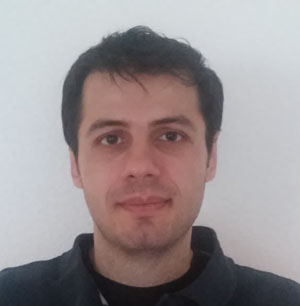 Maznas Petros received his Master in Computer Science (MSc) from the University of Copenhagen (DIKU) following the Software Development profile. His bachelor degree is in Computer Science from Aristotle University of Thessaloniki following the Information Systems direction of study. His working experience is on Web developer, both Frontend and Backend. He also has good experience in Game Development while as part of a small team he was developing educational games for Edumode. His current occupation is programmer and analyst of computer systems. 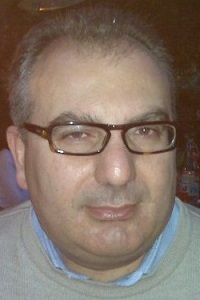 Ioannis A. Pikrammenos, Dr. Ing., MBA, has graduated Electrical Engineering and Computer Technology at Patras University, Greece and has acquired his doctorate and his MBA from National Technical University of Athens, Greece. He has been employed as a lecturer and researcher in ICT for over 15 years, in numerous universities and institutions, summed up to 20 publications and more than 6000 teaching hours (EQF 7-6-5). Pioneering in the area of entrepreneurship cohesion has supervised more than 100 business plans and 1 patent. He has contributed to local, peripheral, national and European bodies as an expert and scientific advisor on ICT, as well as on energy, and on economic growth. He has 20 consecutive years of professional activity as a freelancer. 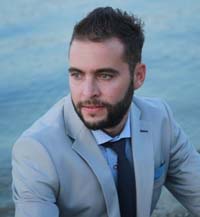 Andreas P. Plageras is currently a PhD candidate in the Department of Applied Informatics - School of Information Sciences - University of Macedonia in Greece.  His main research interests include and are not limited to “Algorithms for Big Data Delivery over the Internet of Things”, “Artificial Intelligence”, and “Big Data Analytics”. He also holds a Master’s Degree in Applied Informatics from the same University. Moreover, he holds a Bachelor’s Degree (BSc) in Information Technology, Computer Technology, and Engineering from University of Western Macedonia (Kastoria). He is also a certified Instructor of minors and adult Instructor. Research Interests: Web Design and Development, Web & Mobile Application Development, Networks and Wireless Sensor Networks, Internet of Things Technologies and Platforms, Cloud Computing, Big Data Technologies, 3D Graphics Design, Game Development

He holds an MA in Information Systems and Programming from the Greek Open University. He graduated from the Physics department at the Aristotle University of Thessaloniki and since 1994 he has a rich teaching experience at various levels of education. His recent research interests are focused on the application of web mining techniques in news portal data. He deals with the writing of educational material in e-learning programs in the field of Web Development and Web Design. He also provides educational support for learners who participate in these programs. During the last year, he publishes articles and he participates in conferences dealing with education and its connection with the labour market. Stylianou Tasos received his Doctorate Degree (Ph.D.) from the Department of Applied Informatics at the University of Macedonia (UoM) in Greece. He also holds an MSc from the Department of Applied informatics - “Business informatics” – and an MS in “Economic Science” - Applied Economics and Finance - from the Department of Economics of the University of Macedonia. His bachelor degree is in “Applied informatics” from Macedonia University of Thessaloniki. He has many scientific articles published in international journals and he has presented his work at a number of international academic conferences and proceedings. In addition he is a reviewer in international journals and his current and past teaching activity comprises the deliverance of a wide range of teaching modules.

Head of School of Computing 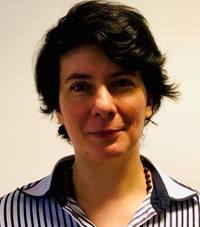 Dr. Persefoni Stylianoudaki is the Head of the School of Computing and Programme Leader of the BSc and MSc Programmes. She has completed her BSc in Computer Science and MSc in Designing Worldwide Interactive Systems in the UK, as well as her PhD in digital games. She has worked for various UK Higher Education Institutions for the last twenty years including Warwick and Open University. Dr Stylianoudaki has taught campus based and distance learning programmes with students based in the UK and across the globe. She is a Fellow of the Higher Education Academy and certified Project Manager in Agile and PRINCE2 methodologies. She is/was involved with various UK, European and International projects and collaborations and she is a reviewer of various international conferences as well as a reviewer of a scientific journal. Her research interests include digital games, eLearning combined with educational technologies and tools as well as academic staff development. 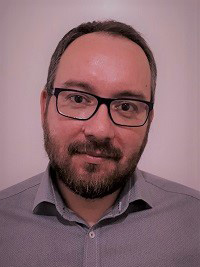 Dimitris Tsikerdis has graduated from the Informatics Department of the University of Piraeus and holds a postgraduate degree in Advanced Information Systems with Specialization in Decision Support Systems from the same university. He also holds a postgraduate degree in Techno – Economic Systems (MBA) from the National Technical University of Athens. He has worked in the private sector as Business Analyst/Programmer in Document/Content Management Systems (DMS/CMS) and Business Process Management Systems (BPM). At the same time he was an active certified trainer in Vocational Education with specialization in Databases and Programming Languages. Presently he works as an Information Systems Administrator in an Institution supervised by the Ministry of Labour and Social Solidarity.

Mr. Vasilis Vogkas has completed his BSc in Information Systems in the Computer Science of University of Calabria in Italy at 1997 and continued for his second undergraduate title BEng in Electrical and Electronic Engineering in University of Glamorgan in the U.K at 2000.  He continued with scholarship his MSc in Computer Networks and Distributed Systems in Trinity College of Dublin in Ireland in which he completed in 2001. After that he continued with one more Master Degree in Business Administration (MBA) in the University of Glamorgan which he completed in 2002. He has worked in INTEL Corporation as a Network Engineer and other IT companies in the area. Currently he is working as a Technical Manager in JinxSoft Company which specializes in programming applications and games for Smartphones. He has participated in various Research projects, funded by the European Union, at the Athens University of Economics and Business (AUEB). His research interests include programming of computer applications and mobile devices as well Relational Database Administration.