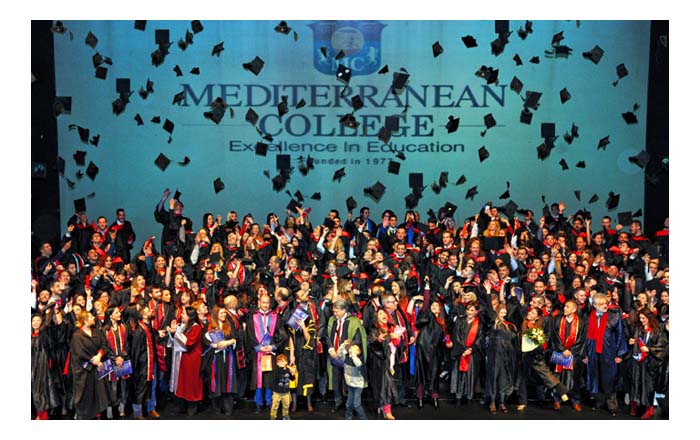 Academic scholarships were awarded to students with excellent academic performance and special awards were given to professors and prominent students of the academic year 2017-18.

In his greeting, the Founder & Honorary President of the Mediterranean College, Professor Sophocles Xinis stated that “It should be the sole purpose of Education and Educational Institutions, not limited to the transmission of the core knowledge and the development of measurable skills, to contribute to the creation of rounded personalities, socially active citizens with critical thinking, ready to face the challenges they will encounter later in their life …”

The Athens Ceremony Keynote speaker, Mr. Dimitrios Bakas, Lieutenant General, Commander of Military School of Evelpidon referred to Holistic Education as the “most essential factor in the formation of virtuous people“.

An Honorary Award was given to Thessaloniki Concert Hall for the Promotion of Artistic & Educational Activities, in the presence of its Director, Dr. Giorgos Tsamis.

Distinguished members of the State & Sports honored with their presence the 39th Graduation Awards Ceremony of Mediterranean College.