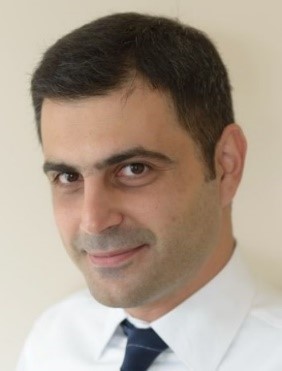 John Mirisidis Ioannis received his Diploma Degree in Mechanical Engineering from Polytechnic School of the Aristotle University of Thessaloniki in 2001 and his Ph.D. in the field of Coated Tools Wear Cutting Performance in 2006. He has been Scientific Collaborator at the Laboratory for Machine Tools and Manufacturing Engineering at the Mechanical Engineering Department of the Aristotle University of Thessaloniki (2001-2015) and researcher for the Fraunhofer Project Center for Coatings in Manufacturing, in Centre for Research and Technology Hellas (CERTH) (2008-2015). Since 2007 he has been an Adjunct Assistant Professor in the Department of Mechanical Engineering of the Technological Educational Institute (TEI) of Western Macedonia. Additionally, he has been an Adjunct Lecturer in the Department of Mechanical Engineering of the Aristotle University of Thessaloniki (2007-2011). Since 2012, he is Assistant Professor in PPC position “Materials Manufacturing Processing for Applications in Energy Systems”. He has published 25 scientific papers in International Journals and more than 40 scientific papers in conference proceedings. Also he has participated in several international research projects. His research interests include CNC programming, material characterization and FEM simulations.