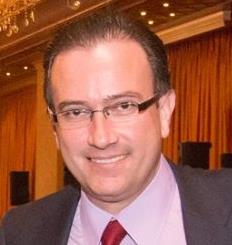 Nikolaos Tsolis is a graduate from the Computing School, Greek Open University (2006). He holds an MSc in Health Management, from the Greek Open University and his thesis was on «Relating computing attitude with computing systems development: The case of the General Hospital of Athens “Georgios Gennimatas” (2013)» He is a PhD candidate in the Computing Department of University of Piraeus  researching on Digital Health. He has many years of professional experience in the area of Health, as he has taken over very important responsibilities during his career in Computing Project Management in Health. Since January 2015, he holds a position as an executive in Managing Digital Health Services, Department of Digital Health Services, Ministry of Health. Since 2011, he is also responsible for protecting personal data in Integrated Computing Systems in Health. Mr. Tsolis has also been a Consultant to the undersecretary of Minister of Health in Matters of Computing Technology, Telecommunications & Internet (June 2014-January 2015) and a co-operator of the Minister of Health in Matters of Computing Technology, Telecommunications & Internet (September 2013-June 2014). He speaks English & French. Teaches: Quality in Health.